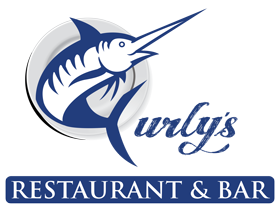 Founder and CEO of Curly’s Group of Companies.

A farm boy from Cat Island, Vince, popularly known as Curly, is a Bahamian entrepreneur who has worked in the hospitality industry for more than 35 years.  He began as a dishwasher in the Nassau Beach Hotel and moved up the ranks to head waiter and lead on the Train the Trainer program at the then Resorts International on Paradise Island.  He launched out on his own after a brief marketing stint at Aquapure Limited.   He has been successful in every job and business venture that he has taken on including convenience stores, landscaping company and a currency trading firm by hard work and perseverance.

He is the owner of the Curly’s Group of Companies which holds Curlys Bar on Cable Beach and Curly’s Restaurant on Arawak Cay for 20 years and 6 years respectively.

He is a Distinguished Toastmaster and has served as Division Governor of Toastmasters International.

He is married to the former Tonia Allen and they are the proud parents of four children and two grandchildren.